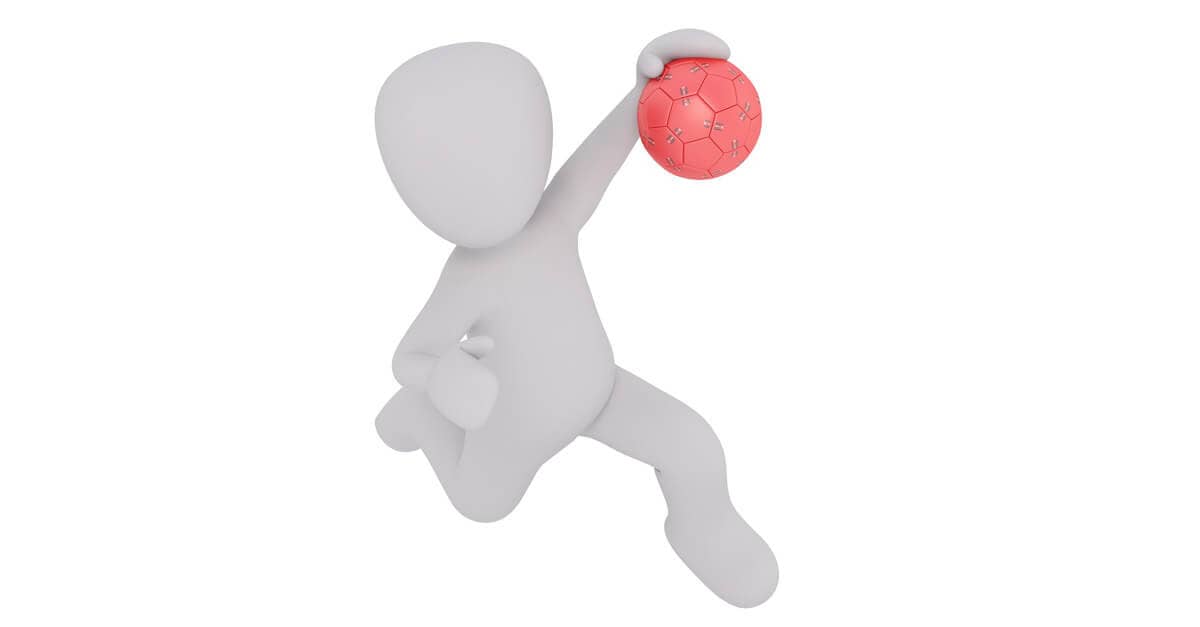 3 – Handball
When we originally watched a highlights package of handball, it actually looked like a lot of fun. And then we watched an entire game.

Weird? Oh yes. There doesn’t seem to be any structure to it – the players run down one end, try to throw the ball into the goal, and then run back down to defend, without even bothering to try and get the ball off the opposition. It’s just so (too..?) chaotic.

If anyone can explain the rules of handball to us, please do – but until then, handball’s staying in the weird column.

Ok, so I went out and partied a bit last night and got in around 4:00 Salt Lake time. I stumble into my room, turn on the TV and crawl into bed, where I begin to doze off. But before I do, I notice this weird sport on my television screen. It’s the Olympics and it’s a bunch of guys running down an inside court throwing a small ball at each other. Like soccer, but with a smaller ball and the use of hands.

Then I fell asleep.

When I awoke, it was the first thing that I thought of and couldn’t even begin to tell you what sport it was. So I did some searching and it’s Handball. When the hell did handball become an Olympic sport?

Yesterday afternoon i turned on the olympics and they were showing handball. It is just like soccer, but you use your hands to pass and shot. Mixture really of soccer and water polo. I only saw women playing it so there may not be a mens side of this sport, but if there is this may be the average mans shot at making the olympics. I mean, I saw no athletic prowess involved in this sport other than running and throwing. It seems like anybody in average shape could play this and “excel” at it. Even the fat kid can play in goal.

This was such a weird sport to watch. I wonder if this is even around in the U.S.

Did anyone see this? What other sports in the Olympics have you seen that the average man could excel in or are there any other bizarre sports out there?

Handball at the olympic

“Wtf [What the fuck] is handball?”

“I agree What the Hell is handball?”

“I played it in gym and thought my teacher made it up for fun lol. I was goalie :)”

My final sport – handball – is hugely popular, but only in places like Scandinavia, Croatia and Germany (where it is the second biggest sport after football). Having joined the Olympia Handball Club, an east London team, for a training session, I’m not sure we’re missing out on all that much. The game is fast and fairly skilful, but it’s essentially a combination of basketball and seven-a-side football – you pass or dribble the ball with your hands and then attempt to throw it in the goal – and less interesting than either. It’s the kind of thing you play in PE at school as a warm-up.

What the hell is this team handball thing?!

it looks like soccer. only with hands. and they can bounce a ball, like basketball byt they can’t dribble. and there’s a goalie, and a goal area that looks like it takes up one fourth of the indoor field. indoors! and the ball is like a volleyball.

this sport is weird. this sport looks stupid. this looks like some kid invented it one day at P.E. where they had a free period
dude, it’s like team soccer and dodgeball…

← How to Think About Weird Things The Christ Conspiracy →